Fewer people are going to the cinema these days and more and more are choosing to stay at home and stream their visual entertainment instead. In fact, theater attendance today is at its lowest level since 1995. But watching a movie at home doesn't mean the experience has to suffer. Advancing home theater technology at lower and lower prices means that you can get the same cinematic spectacle in the comfort of your home. Here are a few of the latest advancements in home theater technology that are making the experience second to none.

In the past, the receiver was the pièce de résistance of every audiophile and cinephile's home theater system. But the latest technology is making the receiver obsolete; it's called WiSA, short for wireless speaker and audio. Its design is intended to eliminate speaker wires and the receiver itself by delivering high-res digital audio from a source, like a television, directly to a set of speakers. This system relies on both WiSA enabled hardware and software that's able to support up to 8 channels using 24-bit 48kHz or 96kHz. It has the potential to revolutionize the home theater industry.

Another advancement that's already revolutionizing the home theater industry is the ability to control the system with your voice using integrated voice controls. Voice control massively improves the television streaming experience by allowing the user to search for a specific title much quicker than in the past. It's this tedious process of searching for something to watch that can massively bog down the streaming experience. It's predicted that by the year 2020, 50% of home theater searches will be done by voice control.

Virtual reality tech is becoming more and more prevalent in the home theater industry, especially for gaming. But it's also expected that television content, within the next decade or so, will start to become tailored for VR users. Imagine watching your favorite basketball game in virtual reality and feeling like you're right there, court side, watching the game as it happens. It's already available for NBA fans. Expect to see more and more VR content like this in the future.

It's already possible to get a system with 13.2 channel processing, but imagine having a system that can handle 24 channels or more. It's already here, which means you could have a home theater system with 20 or more speakers. If audio is important to your cinema experience, a system like this is the ultimate cinema spectacle.

To learn more about creating a great home theatre experience, contact a company that offers home theatre systems, such as Evolution Audio Video. 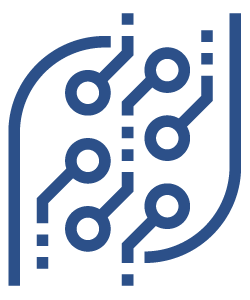 There are many kinds of audio visual media that's used for educational teaching tools. Popular audio aids include cassette players, tape recorders and radio. Commonly used visual aids include slide projectors, textbooks and flash cards. Using this type of media for educational purposes increases the learning potential for students of all ages. We don't work in the audio visual industry, but we do care about improving the learning skills of students. We've spoken with instructors and professors who teach with audio visual aids in their classrooms to discuss the benefits of using this type of media. Their responses were overwhelmingly positive and we wanted to share what we learned in this blog. We hope that after reading these posts you'll see the benefits of audio visual media and use them in your own classroom.